On one of the first dates I had with my now-husband, we went to a brisket cooking competition in New York City. It was a very male-heavy affair, a bit like a grilling commercial come to life: dozens of chefs vying to be the next Brisket King, snapping their black latex gloves while slicing through juicy slabs of meat, sweating under the glow of yellow heat lamps as they extolled the delights of their particular beefy concoction to the guest-voters. I don’t remember too much else from the night—I was, after all, still basking in the glow of the dating honeymoon period—except that I was miffed when my favorite pick, Butcher Bar in Astoria, didn’t win. And that almost every brisket recipe was heavily saturated with hefty flavorings—coffee, red wine, brown sugar, and the like. Besides vinegar and the occasional cameo of something bright like fresh ginger, I left the event with a distinct impression of what meat should taste like. 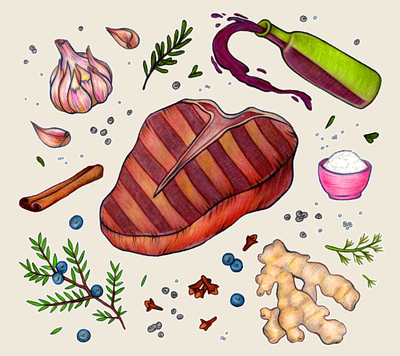 The only problem was, this flavor profile didn’t align particularly well with the composition that I naturally gravitated toward. A case in point: I had just begun cooking professionally for others, via multi-night pop-up dinners, and had recently served a guest a slice of beef cheek heavily spiced with floral and bright spices (I call them “top notes”). “This is delicious,” I recall them saying, “but it doesn’t taste like beef.”

To this day, I’m still not completely sure if that comment was meant to be a compliment or an insult. Either way, I couldn’t help but wonder: What is meat, and in particular beef, supposed to taste like? Which leads to a potentially more telling question: What is eating beef supposed to make me feel like?

Working through an answer to these questions has not at all been what I expected. First, I tackled it through a culinary lens, documenting the types of aromatics and spices found in rubs and marinades, or infused into the sauces of meat dishes. This helped me formulate a clearer understanding of what each ingredient was contributing to the overall blend. Those “top notes” I mentioned earlier—for example, coriander seed, mace, and juniper—offer a bright bouquet on the nose and a bit of sparkle on the tongue. “Middle notes” provide a more mellow, neutral, and warm structure, like a black pepper or fennel. And “base notes”—like cinnamon, clove, allspice—are warm, toasty, sometimes smoky, and sit heavier on the tongue. (My husband likens their flavor to the sensation of dampness—not necessarily in a bad way.)

By that point, I had certainly noticed a pattern of spice usage when it came to red meats like beef: a deep proliferation of base notes. But why had our meat repertoire become so enamored with this specific flavor profile? I reflected back on my time nibbling (very delicious) burnt ends at Brisket King, on the occasions I suffered through dry slabs of prime rib at wedding buffets, on the days spent studying barbecue at culinary school, and began to parcel together a larger pattern: one that had less to do with the meat itself, and more with the type of identity implicitly enshrined in meat. It finally clicked that meat was as much performance for self as it was for others, its very presence meant to be an inclusion, acceptance, even embrace of masculinity—and correspondingly, an implicit exclusion of people and concepts that didn’t feed into that construct. Maybe that was precisely why the flavors exalted of “real meat”—at least here in the States—were rarely ones I found myself drawn to.

These hunches became far more clear after I stumbled upon Carol J. Adams’s seminal book, The Sexual Politics of Meat. In it, she argues that the act of meat-eating is not just about sustenance—it also bears strong attachments to the concepts of masculinity and virility, thus making its presence (or lack thereof) another way to reinforce patriarchal oppression: “The male prerogative to eat meat is an external, observable activity implicitly reflecting a recurring fact: Meat is a symbol of male dominance.”

Additionally, some meats are interpreted as more “manly” than others—especially when men have something to prove. When manhood is seen as a “precarious state requiring continual social proof,” studies find that men are more likely than women to “eat more meat than recommended,” especially “red meat [which] acts as a means to bolster dominant forms of masculinity.” Enter Burger King’s 2006 “Manthem” commercial as a parodic—but also telling—example. In it, a large gaggle of hungry “real men” march down a cleared-out highway, holding up the new Texas Double Whopper in protest of “chick food” like quiches. Here, the mere consumption of beef is “a means for men to reassert traditional masculinity … through rejecting femininity.” 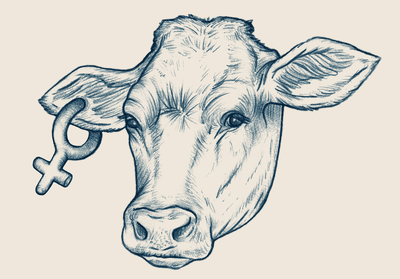 “What is meat, and in particular beef, supposed to taste like? Which leads to a potentially more telling question: What is eating beef supposed to make me feel like?”

What makes this even more bizarrely interesting, however, is that the presence of beef is not enough. How we prepare and flavor our meat also impacts the perceived masculinity of eating meat, such as the level of rareness, or the use of methods like grilling—which necessitates a performance of cooking over open flame. Within a male-dominated restaurant industry, generally critiqued (at least professionally) by other men, it’s no wonder that the “meat course” of menus is rewarded when it emphasizes some connection to manliness. The comment of “this doesn’t taste like beef,” in retrospect, can be better understood as, “this doesn’t conform to the social purpose of eating beef.”

This is all quite unfortunate given the actual versatility of beef. As Chef James Briscione shows in The Flavor Matrix, beef’s chemical makeup works incredibly well paired with everything from floral notes (hyssop, angelica) and herbaceous options (eucalyptus, lovage), to tree fruits (pear, guava). Not to mention, this runs counter to a basic tenet of balance in cooking: lifting fatty ingredients with the addition of an acid (or tangy aromatics, or florals). Even as I made it a personal mission to break free from these social guardrails surrounding beef, the need to satisfy consumers who may have already had preformed expectations weighed on me. In a one-shot situation like hosting pop-ups (which I did for six years), it felt far easier to play by the rules.

Recently, the social landscape around the role of beef, meat, and masculinity seems to have opened up for more diverse interpretations. Anecdotally, I’d point to factors like the success of the Instant Pot normalizing a moist cooking method for large cuts of meat, or the increasing number of successful female chefs who are unapologetic in their approach to cooking the way they want. Coupled with plant-based foods becoming increasingly mainstream—and thus more acceptable as a diet or lifestyle choice for men, too—perhaps the next few years will see beef finally freed from being an object of male performance.

After all, cooking is a deeply personal and creative process. I think what I’ve been searching for after all these years of jotting ideas down in a crinkly, oil-stained notebook without opportunities to ever test them out, is a sense of wonder—and possibility. When I now eat meat, and beef—which I always have, and intend to continue doing—I’m finally beginning to feel excited about what thoughtful meat preparation can be. And also, because an orange blossom tri-tip sounds pretty darn delicious.*

*Sound delicious to you too? Click here for Jenny’s recipe! 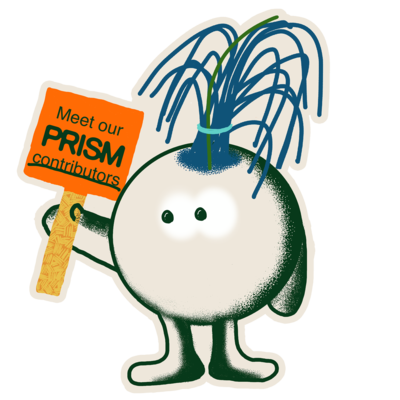 Jenny is a professional chef, author, and speaker working at the intersection of food, identity, and social justice. She leads a nonprofit community think tank named Studio ATAO, and runs her own culinary consulting business. Jenny writes a newsletter titled Way Too Complicated, and has bylines in outlets such as The Washington Post, Eater, The Counter, and Food & Wine. In pre-pandemic 2020, she gave her first TEDx Talk titled How Food Can Be a Source of Identity, Intimacy, and Vulnerability.

Prism asks: What do you eat to cheer yourself up?
“I like to eat fruit (watermelon and Rainier cherries are my favorites) OR straight up white rice with Maggi Calamansi to cheer myself up!”