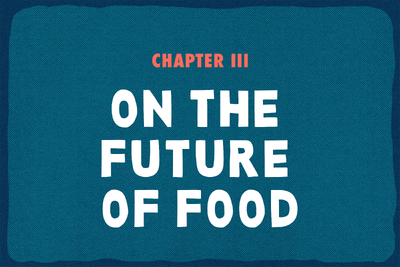 What you (yes, you!) can do to make a difference.

by the Prism Editors

Imagine, if you will, a film that opens on the following scene:

🚜 The rainforest is being deforested at an alarming rate to make room for cattle farms… 🏭 Only 10 companies control nearly every large food and beverage brand in the world… 🌾 Those 10 companies make food from corn, soy, and wheat that receive government subsidies. This helps fuel factory farms that are damaging to workers, animals, and the environment… 🌍 Even though there’s enough food to feed 10 billion people, 821 million people still go hungry while one in three suffers from malnutrition… 🪖 Ongoing warfare threatens to push food prices up 8.5% in the next five years, forcing an additional 13.1 million people into malnourishment.

Then comes the big reveal as a Morgan Freeman-esque voiceover booms, “Welcome to Earth in 2022.”

Oscar-worthy cinema? Perhaps not. Yet entirely accurate. Today’s global food system resembles the plot of a dystopian sci-fi movie, filled with well-intentioned inventions that become evil in the wrong hands, villainous corporations, and ineffectual governments. Faced with this current reality, is it any surprise that the term “sustainability burnout” is trending right now? The temptation to throw in the towel and seek solace in a Big Mac feels stronger than ever.

But here’s the good news 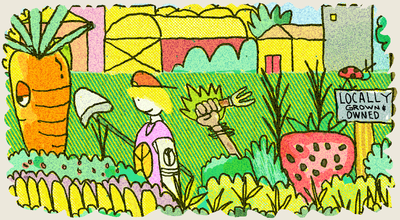 The people who have been doing the work say things are actually getting better.

“One source of my sense of possibility in these dark times is how much the conversation about food systems has changed in the past 10 years,” says Anna Lappé, author of 2010’s Diet for a Hot Planet and the founder of Real Food Media. When she published the book 12 years ago, she was frustrated that the connections between the climate crisis and the food system were being ignored. But she says that’s no longer the case. “Today, there is increasingly global attention being paid to food systems as a key driver in the climate crisis, and there is increasing appreciation of the role that agroecology—the practice, science, and movement of farming in alignment with nature—can play in adapting and mitigating climate change,” she tells us. According to the UN Food and Agriculture Organization, agroecological farming—without pesticides and supporting local biodiversity—is a key way to reform the global food system.

Moreover, leaders in the activist space like Fair World Project’s Anna Canning have seen a groundswell of support from communities most threatened by the unpredictable weather, drought, and natural disasters caused by climate change. “I don’t think it’s an accident that the leadership we see in some of the most innovative organizing right now is coming from farmworker organizing led by Black and brown organizers,” Canning tells Prism, citing orgs like La Via Campesina and the Coalition of Immokalee Workers. “Our problem isn’t a lack of solutions. We need to listen to the people with solutions: support their leadership with real resources and money, and join them in holding the powerful accountable.”

And so, to get back to the topic at hand, what can you, personally, do? A good amount, actually.

If possible, source your meat and produce from farmers’ markets (many of which accept SNAP benefits) and other regional operations like community supported agriculture programs (or CSAs). Many meat and egg CSAs get a regular supply of locally produced products by paying up front, which helps farmers plan their season better.

We shared this stat before, but it bears repeating: If people in the US cut meat by 25%, it would reduce the annual national greenhouse gas emissions by an entire percentage point. That includes chicken, because producing feed for them requires a ton of land—twice the size of New Jersey for Tyson alone! And while alternative and lab meats are positioned as a “silver bullet” solution to the climate crisis, the International Panel of Experts on Sustainable Food Systems recently put out a report that questions those big promises.

When it comes to bigger systemic policies (i.e. which industries taxpayer money is subsidizing, fairer labor conditions for farm and meat workers, better conditions for animals), know what’s happening on a local and national level. What will your representatives be doing about these issues? What organizations can you support that are working toward changes? (Food Empowerment Project and Food First are great places to start.) Whose protests can you join?

Want to do more? Here are a few suggestions from our editor-at-large, Alicia Kennedy:

Let’s work to build a food system that’s not focused solely on profits but on feeding people well, and on caring for the planet, workers, and animals. Individual choices build up into collective choices, which leads to people power. Together, let’s work toward a more humane and greener future. Remember, there is no “i” in “sustainable.” Oh wait…